If you’re setting up a new server, one of the most important decisions to make is the Operating System (OS) you’ll be using. There are at least a dozen choices for server OS.  Making choosing your OS difficult.

Before we begin diving into the differences and similarities between these two server operating systems, let’s cover a few basics.

First,  what is Debian and what is Ubuntu Server? Both are different versions of the Linux operating system. Ubuntu Server is actually based on Debian, through the teams running it, is different.

One of the major differences between Ubuntu and Debian is the way releases are handled. In recent years, Debian has adopted a more similar model to the release schedule of Ubuntu, but the differences are still big enough to be a deciding factor for many. Let’s take a look at both how they differ, and how they’ve become more similar:

First, let’s talk about Debian. Debian does not offer traditional updates (where you’d restart the server to download and install the latest major update), but instead a stream of releases which a live system can upgrade to. This can be done by using an apt-get package manager, a program which allows you to install updates and software (known in the Linux world as packages). This includes the ability to upgrade the system to the next stable release without a reboot and the ability to automate updates.

One of the drawbacks for Debian is that updates are not scheduled. Making it necessary to set up a notification for when an update comes out.

Looking at Ubuntu, we can begin to spot some of the differences. For one, Ubuntu has scheduled releases, and LTS builds.

An LTS build is a version of the distribution which is offered longer term support (LTS). Ubuntu supports its LTS builds for a maximum of 5 years. Debian has typically offered only 3 years of support for its builds. However, as we mentioned earlier, Debian is becoming more like Ubuntu – and one way is through longtime support. Debian now has a volunteer team which provides 5 years support for stable releases.

One important thing to note is that Ubuntu may be less secure and less stable than Debian. Debian is praised on forums for its stability, and you may have even heard someone talk about how easy it is to manage Debian servers since nothing goes wrong! That’s not to say that Ubuntu is unstable, but simply that Debian carries a reputation for being more stable. I’ve personally run an Ubuntu server without any stability issues whatsoever.

Still, it’s important to understand where the concerns for stability and security come from. Most people will point to the fact that Ubuntu tends to be based on the unstable Debian build. Debian’s unstable build is still very stable and secure, but not as much as its stable releases. For this reason, there may be a few un-patched security vulnerabilities as well as less stability in Ubuntu Server.

Still, as I mentioned previously, I and many others make use of Ubuntu servers without issue.

Support and Ease of Use

Another important difference between the two server distributions is the support offered by each team. Ubuntu has a support team which can be hired to help make your installation, updating and troubleshooting seamless. Debian, on the other hand, doesn’t offer an enterprise-friendly support team – mostly because the Debian team is made up of volunteers.

It’s important to note that Debian has become more user-friendly. With a better installation process, and increased documentation, usage of the two systems shouldn’t be a deciding factor.

Both Ubuntu and Debian are actually based on Debian, their software and hardware capabilities are pretty similar. Many Ubuntu packages will still run “out of the box”, but you may need to configure software more frequently.

Another benefit of Debian is that it checks existing configurations during updates and notifies admins when there are differences due to the update. This helps avoid post update software issues.

You may wonder about pricing. Both are actually free to use, with price not being a factor in your decision. Because each OS is free you’re able to pick based on the features and support you need, vs what your wallet needs.

When it comes to server operating systems, there is no right answer. Simply choose which operating system best suits your hosting needs! Luckily, switching if you realize you made a mistake is easy – provided you switch before configuring and using your server. Let us know in the comments which other Server OS you’d like to see compared!

ServerPronto offers the latest versions of both Ubuntu and Debian on all server packages.

Recently, we’ve been seeing a few articles about how the cloud is going to kill all Dedicated Server Hosting an how the Cloud Computing will kill the Server market.

We’re here to say that no, the cloud isn’t killing dedicated servers. It’s much more complicated than that. And, the dynamic between dedicated servers and the cloud is still changing. But we’re already beginning to have a good look at what things will look like when the “dust settles”.

The web hosting report covers issues including:
A report containing info from an 18-month period from January 1, 2016, through June 1, 2017 (Reporting Period). cPanel will provide additional reports on a semi-annual basis.
Get the report. 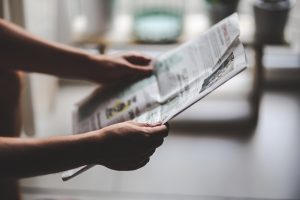 “The Alphabet Inc. company next month will begin offering a service called the Advanced Protection Program that places a collection of features onto accounts such as email.  Including a new block on third-party applications from accessing data. The program would effectively replace the need to use two-factor authentication to protect accounts with a pair of physical security keys. The company plans to market the product to corporate executives, politicians, and others with heightened security concerns, these people said.”
Read the full article.

“AT&T Inc. and other broadband providers asked the U.S. Supreme Court to overturn the Obama-era “net neutrality” rule barring internet service providers from slowing or blocking rivals’ content.
The appeals, filed Thursday, will put new pressure on a rule enacted in 2015 when the Federal Communications Commission was under Democratic control.”
Read the full article.

“Following record results that flagged the growth of its cybersecurity business, Deloitte LLP has revealed that it has been successfully targeted by a cyber attack that let hackers access data from an internal email platform.
The auditing and consulting firm said in a statement Monday that it’s currently informing the clients affected and has notified governmental authorities after it became aware of the incident.”
Read the full article.

“It is the highest-capacity cable to have ever crossed the Atlantic, according to Microsoft and represents a recent shift in the balance of power in the submarine-cable industry. Traditionally, transcontinental cables have been funded by telco consortia, who would then sell capacity on those systems to customers like Facebook and Microsoft. Lately, however, skyrocketing demand for global bandwidth has driven the largest of those customers – among them Alphabet’s Google and Amazon Web Services – to participate in funding the construction projects, which cost hundreds of millions of dollars, themselves.”
Read the full article.
by Anthony Sostre
Continue Reading

You may have noticed more and more server hosts offering SSDs, otherwise known as solid state drives. This new type of hard drive has been increasing in popularity over the last couple of years.

Over the weekend, Hurricane Irma made landfall on Florida moving south to north. The storm resulted in tornadoes, flooding, destroyed buildings, loss of power, and more.

As many of you may know, our primary data center is located in Miami, FL. Some potential customers voice their concerns about the storm, but hurricanes have never taken our servers offline. This includes Irma.

The AWS Free Tier promises to let you access the AWS platform, products, and services. While this may seem enticing, it can actually harm your organization in the long run.

Recently, our Web Hosting News Report included a story on how executives are more concerned about Amazon than Trump. Here, we wanted to take a deeper look at that.