We’re not even 4 months into the year and already a major Amazon Web Services Outage has taken a large chunk of the internet offline, another outage left Microsoft Services like Skype, Office 365, and OneDrive down for 16+ hours, and there’s the looming threat of the largest DDoS attacks the world has seen.

In this article, we’ll take an uncharacteristically critical look at the web hosting industry. Most hosts aren’t willing to dive into these details, but it’s important that we are honest with ourselves as an industry so that we can advance and offer better products and services. So, let’s dive into it, starting with a rather uncomfortable metric:

There’s Been No Significant Improvement

You may not know this, but the majority of outages aren’t at the server level. They’re at the data center level. Even cloud hosting with all its promises of increased reliability is still capable of suffering from a data center level outage. In fact, cloud hosts often offer their services from a single data center, resulting in the same common outages as any other server type.

Now I know what you’re thinking: aren’t there backup systems in place that should prevent data center level outages? Yes, but they often fail themselves! This is due to one simple fact: age. The average age of datacenters in the United States is 9 years, but Gartner suggests that any datacenter older than 7 years may be obsolete. This is because UPS, switches, and generators may fail, causing an entire data center to go down.

So what if a data center completely renovates every 5 years upgrading all systems to the newest, most reliable options? Well, the data center still wouldn’t be fully safe from a data center level outage. You may have remembered that AWS had a major outage earlier this year, and it wasn’t caused by hardware. It’ was an employee who wrote a simple command incorrectly.

One human mistake caused many of the internet’s largest sites to go down. Amazon isn’t alone in this either. Outages caused by human error occur all the time. It could be as simple as tripping over a power cord!

How can we step up and prevent these outages?

The answer is simple: multiple datacenters. We’ve recently announced a new product, Geo-redundant cloud hosting, and we believe it’s the next big thing in web hosting. We’re calling it disaster avoidance because it prevents: 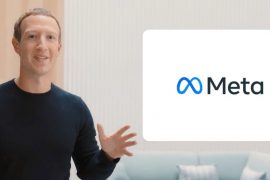