Key Components of a Server

A lot of people forget that a server is nothing more than another type of computer. But, depending on the type of server, it can be set up very different from your average consumer PC. Let’s take a look at the key components of a server:

All types of hosting, shared, VPS, and the cloud is, at their core, dedicated servers. The only difference between these different hosting methods is the way in which the dedicated servers are organized/structured.

With that covered we can move on to discussing the components.

Key Components of a Server

All servers have some key components as well as other, optional components. Since we all enjoy servers each time we go online, it is a good idea to gain a basic overview of how they work by looking at their individual components.

It’s also in charge of all I/O and a few other important bits that the average person won’t need to know.

The next critical component of a server is a central processing unit (CPU). This is also known as a processor. If the motherboard is the computer’s heart, the processor is its brain.

When it comes to the performance, the processor is often the first component which comes to mind. It’s not the only component that affects performance, but its importance isn’t to be trivialized. You’ll need to learn a good deal about processors to ensure you’re getting a good deal on a server. This is because hosts may offer consumer-grade processors or outdated models in place of current gen server-grade CPUs.

Click here for a detailed look at everything you need to know about server processors.

They would not be complete without a healthy dose of memory, especially one that’s going to be responsible for hosting a website. Memory in a server doesn’t refer to the hard drive, but instead RAM.

RAM, standing for random access memory is like our brain’s short-term memory. It’s critical to the performance of your server and the amount you use will need to scale up with your specific hosting needs. Besides quantity, there are quality differences in RAM. RAM currently has 4 generations with newer gen RAM running faster than older sticks. You’ll want to ensure your server is running the latest generations (DDR4 right now, though most servers are still DDR3, and that’s okay too). This will result in the best performance and bang for your buck.

Nowadays, SATA drives are the standard for hard drives. These offer good performance and reliability but are already being replaced by up and coming hard drive technology. You may have already heard of it as it’s also making waves in consumer markets. If you guessed SSD (Solid State Drives) you’re right.

SSDs are becoming more and more common. All server hosting types from dedicated servers to the cloud are beginning to support it or even offer it standard. They offer far superior read and write speeds and their reliability is amazing. If you can get an SSD, you won’t be disappointed as it’ll be a significant increase in server performance.

Another vital component is the network connection. Most servers are connected to a port which’s speeds can vary and be set by the host. These ports can range in speeds all the way up to a Gigabit connection, but most start at 10Gbps.

Finally, there’s the power supply. You don’t need to know much about the power supply of a server except that it’s there, and it’s what powers all the components in your server.

Optional Components of a Server

Like we said at the beginning, a server can have some other components as well. One such component, which is becoming more important is the GPU.

GPUs used to only be used for graphics interfaces, and gaming. In fact, the name GPU stands for graphics processing unit. The meant they didn’t have a place in servers. Most are accessed via terminal or command line, meaning the integrated graphics (contained on the motherboard) was more than enough.

But now, high-end GPUs are finding a place for them, for their ability to perform certain computations much faster than a CPU. Most server users won’t be putting GPUs in their setup for a while, but those dealing with machine learning, AI, big data, and predictive analytics may begin to see servers offered with GPUs.

Other than that, there isn’t much the average user will need to know! As always, feel free to ask questions in the comments below and we’ll do our best to answer.

COMPONENTS OF A SERVER COMPUTER 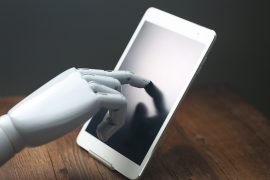